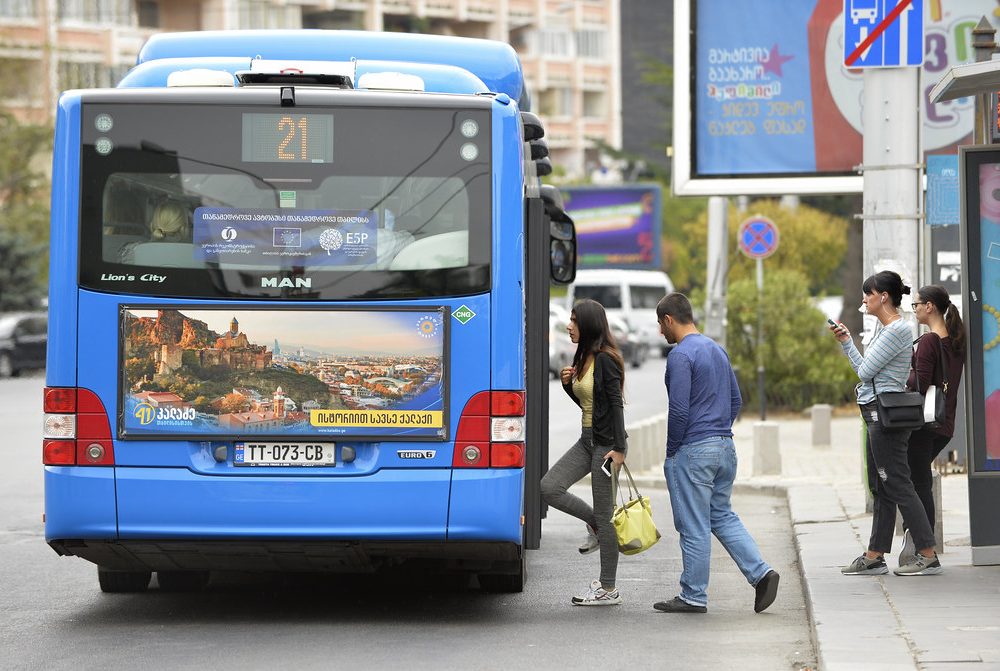 Georgia’s capital city of Tbilisi promotes inclusive and safe transport services, as well as equal employment opportunities. Together with its municipal transport company, it has collaborated with the EBRD to promote equal opportunities in the workplace and gender equality in its services.

Tbilisi has around 1.1 million inhabitants and is facing serious environmental challenges in the form of air, water and soil pollution. An estimated 90 per cent of the city’s air pollution comes from transport.[1]

To address environmental and public transport issues, the city and the government of Georgia have implemented three national environmental action programmes: the first in 2000, the second in 2012-16 and the third in 2017-21.[2]

Georgia also has sizeable gender inclusion gaps in its labour and employment practices. On average, 61 per cent of women in Georgia are active in the labour force compared with 78 per cent of men.[3]

Georgia’s imparity score for female economic participation and opportunities rose to 64 in 2021 from 41 in 2006.[4] The average female employment rate in the services sector is 54 per cent rate compared with a European Union average of 84 per cent.[5]

To address gender inequality, Georgia adopted three national action plans, in 2012, 2016 and 2018, with a view to mainstreaming gender issues following the adoption of the country’s Law on Gender Equality in 2010.[6]

Against this backdrop, the EBRD has been one of the financial institutions helping Tbilisi’s municipal transport operator, the Tbilisi Transport Company (TTC), to promote green transport, address the yawning gender gaps in the infrastructure sector and tackle gender-based violence on public transport. TTC is fully owned by the municipality and operates buses, metro trains, cable cars and parking systems across the city.

Women are an untapped source of talent in the national urban infrastructure workforce, but have been deterred by high levels of sexual harassment on public transport. Some 21 per cent of women say this has affected their use of the city’s metro services.[7]

TTC, with EBRD support, aims to promote environmental sustainability and green transport as a way to reduce emissions and air pollution.

In 2016, the Bank provided a loan of up to €27 million to TTC to modernise its bus fleet by purchasing 144 low-floor, environmentally friendly, compressed natural gas (CNG) buses. The investment was accompanied by a €7 million capital expenditure (capex) grant from the EBRD-managed Eastern Europe Energy Efficiency and Environment Partnership Fund.

As part of the project, in 2017, the city developed a green city action plan (GCAP) and has worked to implement it ever since. The GCAP identified priority actions to help address the city’s main environmental challenges, one of which was air quality.

The EBRD has focused on supporting TTC actions to improve gender inclusivity in its human-resource (HR) policies and standards. TTC has introduced a bespoke equal-opportunities action plan to ensure better access to employment and training opportunities for female candidates and staff, improve internal progression, raise the number of women employed by TTC and strengthen awareness on gender equality.

Since 2017, the EBRD’s efforts have enabled 22 qualified women to become bus drivers in Tbilisi’s very much male-dominated sector, which initially had only one female bus driver. These efforts comprised implementation support, including the provision of capacity-building training for HR, middle and senior management, an outreach campaign to vocational schools to identify female talent and encourage women to become bus drivers, and a communications plan with outreach activities to seek out talent across the city.

In 2019 and 2020, under the Tbilisi GCAP, the EBRD approved two sovereign loans of up to €80 million for a bus extension project and up to €75 million for a metro project. The projects include further improvements to and modernisation of bus services in the capital, through the purchase of a new environmentally clean bus fleet, new metro trains and the modernisation of a depot and tunnel.

Moreover, the projects will focus on gender issues and demonstrate a greater commitment to equality by stepping up the promotion of women’s employment and by committing to a stronger gender perspective on developing an inclusive transport strategy for the city.

The metro project will not only give commuters a more comfortable and environmentally friendly means of transport ‒ encouraging residents to shift from private to public transport and, thus, reducing air pollution ‒ but also promote safety for all, by tracking incidents and fostering women’s employment in the metro and urban transport sector.

The bus extension project will promote training and recruitment of female drivers, building TTC’s capacity to prevent gender-based violence and harassment in the workplace. It will also support Tbilisi in preparing an inclusive transport strategy to deliver and design more gender-sensitive and safe public transport.

Tbilisi is involved in various international groups dedicated to improving the sustainability and quality of urban life, such as the Covenant of Mayors for Climate and Energy and 100 Resilient Cities.

Other barriers include difficulties in attracting female drivers and challenges in abolishing gender stereotypes. The Georgian labour market is highly segregated. The topic of sexual harassment in the workplace remains taboo, the traditional divisions of family labour and gender stereotypes persist, and women are overrepresented in lower-paying sectors and jobs.[9]

Consequently, TTC designed its projects based on robust baseline assessments, enabling gender auditing and a string of initiatives that enhanced training opportunities and contributed to a cultural shift that has had ripple effects across Tbilisi and Georgia more broadly.

In addition, both the city of Tbilisi and TTC have demonstrated great commitment and achieved key joint successes. TTC has promoted gender equality and awareness by participating in multiple initiatives organised by the city. For instance, it took part in the 16-day Orange Ribbon Campaign against violence on public transport, where bus drivers, conductors and controllers all wore an orange ribbon and explained the campaign to passengers. The initiative prompted TTC to become a gender-proofed company, approving policies on sexual harassment and equal opportunities.

The EBRD’s work and projects with TTC have had a particularly positive effect on establishing equal employment opportunities for men and women and on raising awareness of gender equality. In November 2019, TTC further committed to championing gender equality by signing up for the United Nations Women’s Empowerment Principles.

Meanwhile, Georgia introduced a bill in 2019 to make sexual harassment a punishable offence. The new law will encourage city planners to implement future activities with an eye on gender-responsive investment.[10] The law is crucial, as it regulates public spaces as well as workplaces and sets fines for those found guilty of making unsolicited sexual advances.[11]

Since its inception, the Tbilisi bus project has proved an opportunity to showcase infrastructural projects that have brought Tbilisi closer to embedding gender equality in its public transport system and increasing equal opportunities in the workplace.

From its first project to its most recent investments, TTC’s efforts have had a systemic effect and promoted social best practices on gender by enabling 22 women to become drivers. The EBRD will continue to support TTC in promoting equal opportunities for women and men in the urban infrastructure sector and in addressing sexual harassment in public transport services.

Some of the lessons learned from Tbilisi’s experience of green, inclusive and gender-responsive transport include:

[8] European Parliament (2012), The role of women in the green economy: the issue of mobility, Brussels. 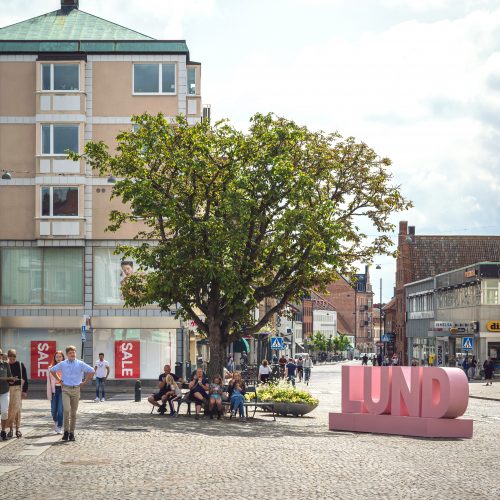