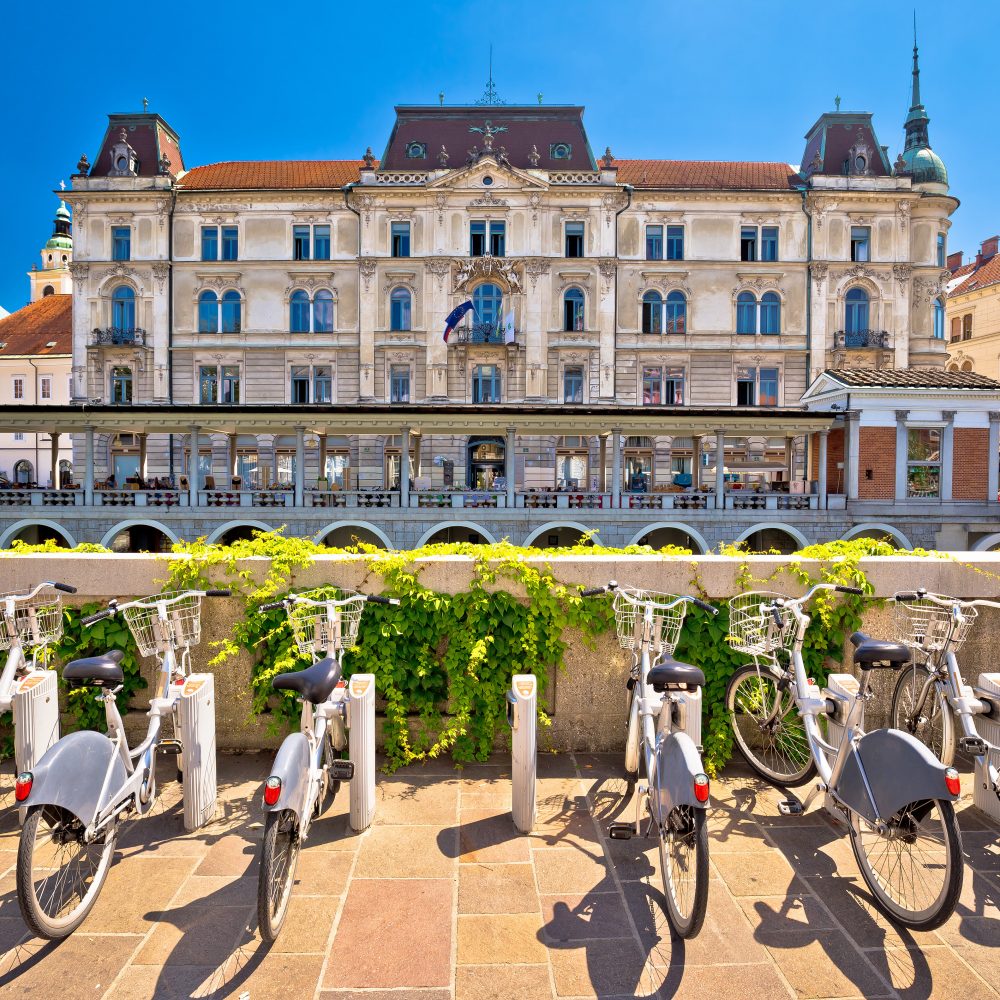 In 2012, Ljubljana adopted a plan to restrict private motorised transport and promote sustainable forms of mobility. By introducing new technology, improving public spaces and upgrading the bus network, the city achieved a significant increase in public transport use and greater uptake of walking and cycling.

Between 2002 and 2012, Ljubljana experienced a 52 per cent increase in car use, while also witnessing a 23 per cent decline in the use of public transport.

In 2011, the modal share of public transport stood at just 13 per cent while cars accounted for 67 per cent.

To reverse this trend, Ljubljana adopted a new Sustainable Mobility Plan (SUMP) in 2012. The plan sought to limit personal motor vehicle traffic and instead give greater priority to pedestrians, cyclists and public transport.[1]

When introducing the plan, the city set itself concrete targets: to increase walking by 20 per cent, cycling by 40 per cent and bus journeys by 50 per cent, all the while reducing car journeys by 20 per cent. For 2020, the modal split envisioned was one-third public transport, one-third non-motorised mobility and one third private vehicles.[2]

To achieve these targets, the SUMP proposed a broad mixture of policy measures that are outlined below.

Moreover, Ljubljana implemented several supporting policies, such as the establishment of five new park and-ride facilities, the purchase of 32 new CNG buses and the introduction of an electric tourist train. In order to further promote cycling, the city also manages 220 km of dedicated cycle routes and rolled out a public bike hire scheme (Bicike) which comprises 36 stations and 360 bikes.

In addition, to improve the convenience and efficiency of public transport use, the city introduced real-time arrival displays for the bus network as well as a smart travel card, the Urbana card.

Funding for many of the projects under Ljubljana’s SUMP has come from the EU’s Cohesion Fund at a national level, but Slovenia plans to switch to its own financing from 2020. This will require changes to national legislation and financing, and the carrying out of engagement and awareness campaigns.[3]

Several factors contributed to the success of the SUMP. First, due to continuous awareness-raising campaigns, the city was able to take new policy measures year on year. As part of its communication efforts, Ljubljana also hosted the European Mobility Week in 2003 and 2013. This is Europe’s largest mobility campaign, designed to encourage city administrators to introduce sustainable transport policies.

Second, the mild climate and the flat topography of the city make it ideal for cycling all year round. This has helped Ljubljana’s bike-sharing scheme to succeed.

Third, from a political point of view, mayor Zoran Janković chose to implement the bigger, more controversial changes, such as banning cars from the city centre, within his first year of office. This meant that the inconveniences associated with the implementation of the SUMP would be over early on, and residents and initial critics could experience the benefits of cleaner air, safer streets and quieter public spaces by the time the next election campaign came around.[4] This strategy showed success: Mr. Janković has since been re-elected three times.

Through the implementation of its SUMP, Ljubljana achieved a significant uptake in public transport and active mobility options.

With regard to public transport, the city saw:

Moreover, 98 per cent of city residents think that the shared bike scheme is a positive idea, and it has seen close to three million journeys in its first four years of implementation.

Ljubljana has also successfully transformed from a car-friendly to a pedestrian-friendly city, in turn bringing down pollution levels. Through the SUMP:

In recognition of all the above results, the city received the bronze Access City Award from the European Union in 2015. The award identified Ljubljana as one of Europe’s leading cities in terms of accessibility to public spaces and public transport.[7]

These impacts also had a direct positive effect on people’s wellbeing. In 2015, the European survey on quality of life (Eurobarometer) found that 92 per cent of Ljubljana residents were very satisfied or satisfied with the quality of life in the city.[8]

The success stories in Ljubljana clearly offer valuable lessons for other cities. First, Ljubljana did not take an isolated approach to combat rising numbers of private vehicles and the associated detrimental environmental effects. Instead, it implemented a balanced mixture of policy measures to achieve a modal shift. Second, it can be beneficial for politicians to implement controversial measures early on, so that the positive impacts of initiatives are visible by the time the next elections are due.