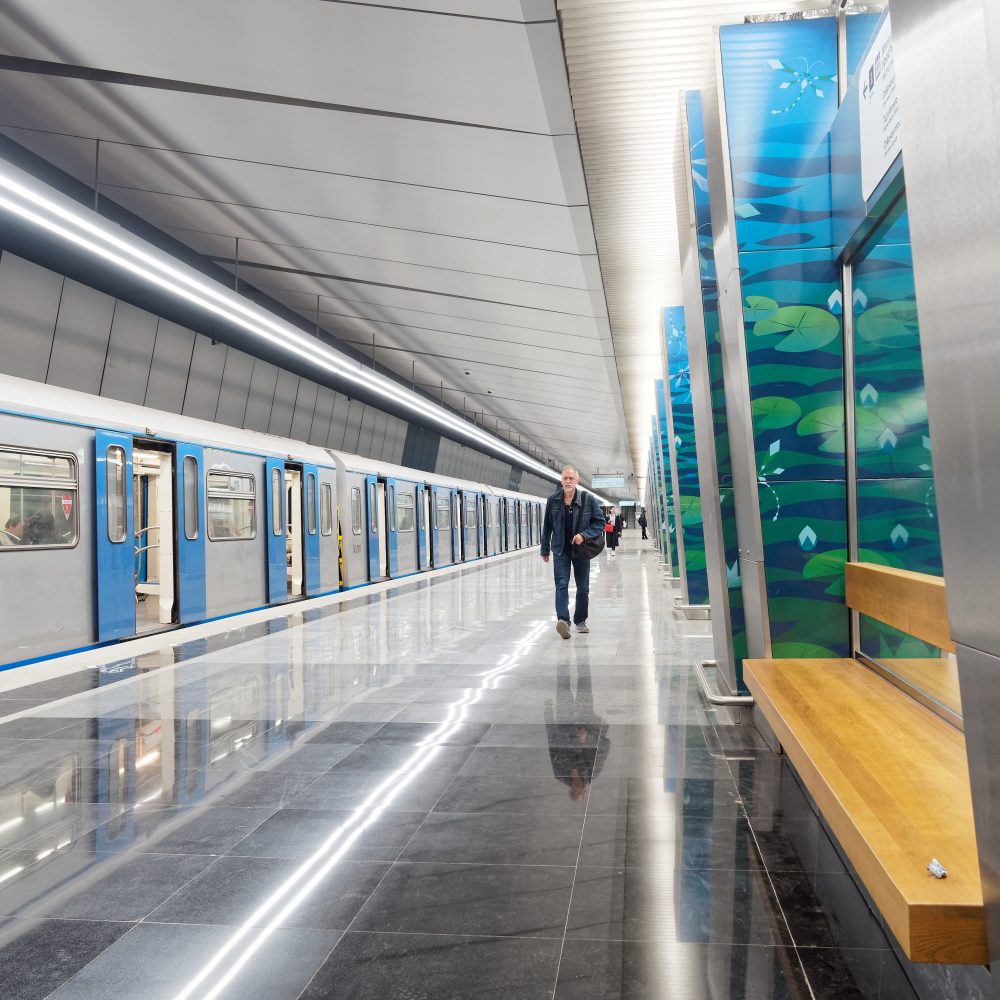 The Greater Moscow region has successfully implemented a large-scale programme to increase the efficiency of its transport system. Measures to cut traffic and shift journeys to public transport modes have reduced the number of cars in the region by 25 per cent compared to 2012.

In 2010, a new Moscow city government was established. At the time, traffic congestion was high during peak hours, public transport was ineffective (with inconvenient routes and low quality of service), and the city lacked space for pedestrians and cyclists. These problems were exacerbated by the fact that many residents commuted to the city centre via the Moscow ring road. To tackle these challenges, the Moscow authorities have been implementing a large-scale programme since 2010 to increase the efficiency of the city’s transport system.[1]

A new programme, called the “Development of the Transport System 2012-2016 and Further Prospects for 2020” was launched in 2012 with a budget of US$ 80 billion until 2020.[2] The programme included a number of measures such as development of the metro, traffic improvements, the creation of bicycle and pedestrian spaces, the promotion of car-sharing services and the creation of a smart transport system.

Through the programme, the construction of new metro stations was intensified (18 new stations came into operation between 2010 and 2016). Furthermore, an electronic travel card, the Troika, was introduced. It uses payment methods such as Apple Pay and works on all public transport in Moscow. Some additional kilometres of road lanes were designated for public transport and 75 per cent of the public transport fleet was renewed.

The city government reduced private car use in the centre of Moscow by building parking places near metro stations. Heavy goods vehicles were restricted from entering the city centre between 6am and 10pm, alleviating congestion. Car-sharing businesses were also set up. The city introduced an intelligent transport system (ITS) with a budget of US$ 1.7 billion for the period 2012-20. Digitisation has played a key role in updating Moscow’s transport network. Public transport operators use mobile applications to provide route-planning options for passengers, and by 2018, 80 per cent of all taxi bookings were made via smartphones.[3]

The city transport department recognised that one of the main challenges with regard to the uptake of public transport is the difficulty of competing with the comfort of private cars. To tackle this issue, the department has been upgrading its own fleet, purchasing more than 8,000 new vehicles and 1,600 new metro train cars (all manufactured domestically). By the end of 2017, 37 per cent of all metro carriages were new, along with 90 per cent of the aboveground transport fleet. Today, public transport is more accessible, with 98 per cent of aboveground vehicles suitable for use by disabled passengers. Electronic ticketing systems, a successful city bike hire system (the volume of journeys made using this system doubled between 2015 and 2017), bus lanes, CCTV to improve passenger safety and regulation of the taxi industry have also played key roles.

The introduction in 2013 of the Troika transport card – which allows seamless transfers between all types of aboveground public transport – has been a further success, with more than 85 per cent of trips being paid for through this system.[4] More recently, the city has also introduced contactless payment through mobile phone payment systems.[5]

Moscow has been using data and technology to provide a better service and to gain more insights from transport customers and other residents. In 2020, the city launched an online portal for capturing feedback to help inform priorities for the next investment cycle.

Overall, political will has been key in enabling Moscow to improve the efficiency of its transport system. Sergey Sobyanin, the mayor appointed in 2010, made upgrading the Moscow transport network one of his key priorities. In addition, the transport programme tackled the issues holistically, seeking to improve parking, road infrastructure, public transport infrastructure and the ITS.[6]

The experience of Moscow offers lessons for other cities seeking to upgrade their transport systems. Above all, the city’s experience shows that public transport must be safe, reliable and convenient in order to be a credible alternative to private vehicles.